It’s been an era since wireless technology was introduced. With the increasing interaction of technology, its usage is quite common everywhere. The developers created a spectacular LTE network service in 1880. In previous times, only lavish businesses had access to online operating platforms. However, the exponential expansion in wireless technology brings every company and person online.

Presently, millions of people are at their home because of COVID 19, but wireless connectivity allows them to keep connected with their loved ones, conducts official meetings, and learn online. WiFi hotspot plays a significant role in promoting wireless connectivity. It is a wireless LAN node that offers virtual private access and internet connectivity from any specific location. These hotspots allow broad coverage areas with multiple device connectivity.

Additionally, it provides high-speed internet and is an effective marketing tool as everyone needs internet, and if it is free, people will grab it immediately. Many companies are providing wireless connectivity such as hotspot services and increasing their client globally. This article primarily focuses on the Straight talk hotspot working via smartphones or home phones.

How Does Straight Talk Hotspot Work?

Similar to other Straight Talk services, an individual has to pay for mobile hotspot service plan and then the Hotspot will be simply broadcast in the service that the user is using. To activate Hotspot, visit https://www.straighttalk.com or call 1-877-430-2355. After activating Hotspot, people can tether various devices, including smartphones, computers, or tablets, within the Hotspot’s coverage area.

To connect Straight Talk hotspot with different Wifi enabled devices, visit ZTE Z291DL at straighttalk.com. This mobile Hotspot is specifically designed to connect with up to tablets, smartphones, or laptops. It is pocket-friendly device and provides 4G LTE connectivity with the best data speed.

There are various plans for hotspot users, and people can choose their plans as Straight Talk offers affordable and contract-free hotspot plans. The plans start from 30 days plans providing 1 GB data up to 60 days program with 7 GB data selection. Straight Talk also offers an exclusive package of 60 days contract-free plan with 20 GB of data at $75. Therefore, following people’s usage and affordability, they can choose any plan.

The Straight Talk hotspot service is quite helpful for easier web access and browsing various sites at once. It provides more data and speed with less investment via different plans and devices following the user’s needs. Straight Talk has the motto to connect people, no matter where life takes you.

Straight Talk provides cell phones based hotspot services as there are numerous benefits of using the phone as a Wifi Hotspot:

From October 2019, Straight talks allowed its users to turn their phones into Wifi Hotspot as most of its users had issues with it. The service recognized that phone as a Wifi Hotspot is a contemporary approach for providing internet services to many people.

There are the following steps to use Straight Talk phone as Wifi Hotspot that are mentioned below:

TracFone Wireless Inc. are one of the US’s largest no-contract cell phones provider, and they provide the service of Straight Talk with over 25 million subscribers. The Straight Talk services were launched on October 18th, 2019, being no-contract phone plan services. Mr Carlos Slim owned this service, the founder of a Mexican telecommunication corporation named América Móvil. América Móvil leads TracFone, and different brands are associated with TracFone, including Total Wireless, Simple Mobiles, and Walmart Family Mobile. Following the agreement with Walmart, the exclusive retailer of Straight Talk is Walmart.

Like other cell phone companies, Straight Talk works the same; however, it does not undergo long-term contracts. A Straight Talk service user may keep his phone or buy a new one to avail organizational consistent and clear nationwide coverage. This company offers unlimited talks and texts plans with high-speed data.

Primarily Straight Talk is a mobile virtual network operator (MNVO). It is a mobile phone provider service, and it does not have its own towers, but it works in the partnership of more than one network to provide coverage. Straight Talk works with all four extensive US networks: AT&T, Sprint, Verizon, and T-Mobile. This networking partnership increases the sales of Straight Talk every year. However, the service user cannot access all four networks at the same time. According to the device and location of the user, the service will automatically connect with any of the networks mentioned above.

How to Get Start?

Throughout nationwide, Straight Talk is accessible at more than 3000 Walmart locations. Despite this, an individual can also order SIM cards, service plans, and phones via StraightTalk.com. To avail these services, there are just two primary steps:

Place an order for your SIM card, service plan, or phone at StraightTalk.com. It will be delivered in 1 – 3 business days. People can also buy SIM cards or service plans from Walmart.

To activate SIM, use the SIM activation kit that comes along, and follow the below steps:

If an hour has passed and service would not be activated, the individual must call the service center to file a complaint and resolve the issue.

Straight Talk services can be available with various mobile phones. A service user does not require to invest too much money and can use his own phone for the services if it is compatible. Despite this, Straight Talk also sells Android and iPhone to facilitate its users and even upgrade their cell phones. There is a vast range of Homophones and Wireless phones plans, including some budget devices, which are free with the purchase plan of Straight Talk.

There are up to 24 months of financing on certain devices if anyone cannot pay the total price at once.

As the plans of straight Talk are prepaid so the users would never be charged for overages, and to use the phone, service users require to refill their phones first.

Straight Talk relies on mobile networks; therefore, network availability within the area for network switching is a major concern. While switching networks, phones often show text notifications and face calls issues like sudden call drop, distorted voice, late text receiving, or others. Straight Talk provides an auto-network connection with the network with strong signals in the area or upgrades phones that better catch signals to overcome these issues.

A customer has quoted that he availed of 30 days service plan using an AT&T SIM card, and he experienced 0 missing of any text and 0 dropped calls from Atlanta, Georgia, his home location. He stated that he was previously connected with Verizon network and faced various networking issues, but now he experienced a good change.

He called his friends and family and asked their reviews about call quality, and everyone was pleased with this network switching as it enhances the overall quality. Wifi calling was also available on his device, but he did not try that much. Overall, he was well satisfied.

The posted reviews of customers indicate that they are well satisfied with the services and data speed. The customer representatives are pretty helpful, deal with every customer pleasantly, and resolve their issues as soon as possible that increasing customers” trust

The service provides monthly plans at lower rates, freedom to choose any other plan without additional cost, and a variety of cell phones to choose from or a person can also keep his own phone. Moreover, the EBB program is quite attractive that offers:

How Frequently a Person needs to Supplement a Service Plan or top-up a Straight Talk Service Card?

Can a person share Messages, Minutes & Data with another Straight Talk customer?

Unfortunately, there is no such practice exists to share messages, minutes or data. Service cards and service plans of Straight Talk are non-transferable and may only be used on one phone.

Where can one find their Serial Number for Mobile Hotspot?

The Serial Number for Mobile Hotspot is present at the front of red Activation Card. Also, the bottom of the device also has the serial number next to “MEID.”

What mobile sets work best with this network?

With Straight Talk following are the mobiles that provide efficient and unimpeded services.

Can an old phone number be kept with a Straight Talk plan or phone?

Many service providers offer their services to consumers. Internet is a necessity, and people rely on it for their routine work, particularly during the COVID-19 outbreak; a good hotspot and wireless connection with improved speed is needed. Among several different offers, Straight Talk provides better services with easy terms and conditions for its customers. On top of that, there is no need for its customers to worry about the hectic payment process once it’s done, and they can enjoy the services with ease. 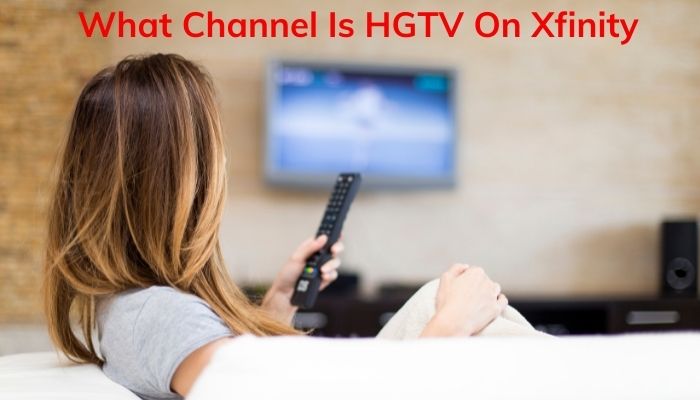